Must-Have Apps to Install on Your Phone (Android and iOS)

by Muhammad Abdullah
in Editors' Picks
0 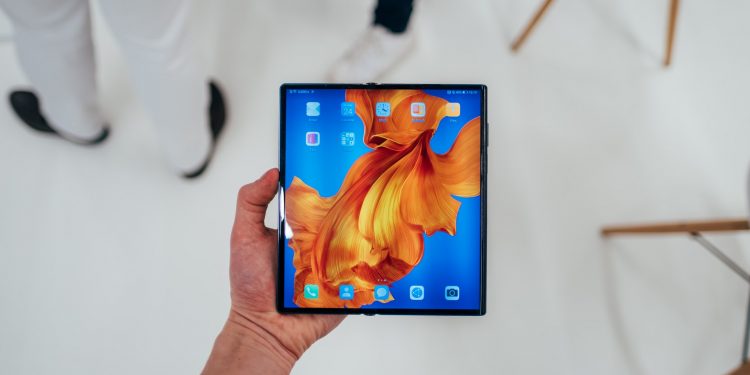 Photo by Jonas Leupe on Unsplash

Pushbullet is the first app that I install on my iPhone, no doubt. This is the first app that comes to my mind when I’m setting up a new phone for the first time. I have been using Pushbullet since 2014; it’s been on my phone since then. Pushbullet helps me in sharing links and send files across the devices; it also lets you use Universal Copy Paste feature across devices but in the premium version.

Pushbullet also lets you send and receive text messages on your computer. It also works as a notification sync tool for Android and iOS. You can also share text, links, images, and files with your friends who’re on Pushbullet. It comes with an iOS, Windows, Android app, and Chrome extension.

Google Photos is also an essential app for me. All my photos and videos are backed up to the online storage service. After getting all my pictures and videos of the day backed up at the end of the day, I feel relieved, thanks to Google Photos. It helps me in keeping my phone storage free. So, whenever I buy a new smartphone, I set up Google Photos on it to make sure that I always have enough space for more.

Google offers free unlimited storage for compressed photos and videos. The quality isn’t that bad, so it doesn’t bother me. If you want, you can buy more space on Google Drive to store high-quality photos and videos in the original size. You can read my guide on ways to increase storage on your iPhone.

Gmail is the default app in Android smartphones but not in iPhones. The default iOS mail app isn’t something that I like. Hence, downloading Gmail is my priority as soon as I get my hands on my new phone. It’s a relief to get your emails uninterrupted.

My first go-to chat app, in all other social apps, is WhatsApp. It is the best texting app to date, period. No matter what anyone says, WhatsApp feels like a complete app. You can send texts, share images, files, location, lock WhatsApp using fingerprints, make and send stickers, emojis, do audio and video calls, and whatnot. You can also enjoy the latest WhatsApp tips and tricks to do more with the social networking app. Now, WhatsApp comes with dark mode, so it’s even better. You can also learn to download multiple WhatsApp photos and files here.

Spotify is my favorite music app, hands down. Why? It has everything you need in a music app. It comes with a subscription, but it’s worth it. You can use it across multiple devices, control music from different devices, and share music with your friends as you’re listening. Other music apps I use are SoundCloud and Apple Music.

If I say that Snapseed is the best photo editing app, then it won’t be an exaggeration. Snapseed is the only editing app that I use a lot after taking photos. Almost all the pictures on my Instagram@abdugeek are edited using Snapseed and are getting better with time as I learn to use the app more and more. Snapseed is developed by Google and uses industry-standard practices to deliver the best results. It is like a mini Photoshop power on your smartphone.

There’s no other keyboard that can match the greatness of this app. Gboard is the best that I’ve used for both Android and iOS. It is sleek, fast, has plenty of themes, has roman English to Urdu keyboard in Android, supports multiple other languages, learns from your typing behavior, and syncs with your Google account. In short, it is the best keyboard app to date.

If you like automation of tasks using your phone, IFTTT is your partner in crime. I have been using this app for quite a long time and is one of the most useful ones. With IFTTT, I’ve created many automatic tasks that help me in getting through the day.

From calendars to messages and enabling do not disturb mode when I get to work or reach home, IFTTT makes a lot of things easier for me. Let me know in the comments if you want to read a guide on IFTTT alone.

Google Chrome is known for using plenty of resources and eating a lot of RAM, but I still love it. I use Google Chrome for many reasons; Google’s ecosystem is one of them. You can send tabs to your desktop Chrome browser

Streaming services are taking over, and it’s the age where people love watching movies online and on their phones. You can just grab your phone and start watching your favorite show or movie on Netflix or any other streaming service. I often use Netflix; that’s why It’s my favorite streaming app on any phone. Now, you can put a screen lock on Netflix to avoid unintended touches.

Apple now owns Shazam, which makes it even more interesting, but the truth is, it was already the best app to identify songs on any device. Apple has killed the Windows version, but the app is still available on iOS and Android.

I’m a Muslim, and Muslim Pro is my favorite app that reminds me of prayer timings, I can read the Quran with translation, find Qibla direction, read Duas, and much more. The app is free but with Ads. You can buy the premium version to get rid of the Ads.

To control my Google Home products like Google Home(now Google Nest mini) and Chromecasts, I use the Google Home app. It helps in connecting and managing these devices. You can tirelessly and wirelessly control your Google Home enabled devices with Google Home. It’s a must for Google Home users.

Plex media app is my favorite app when I’m not using Netflix and want to stream on the big screen using the movies that I purchased. If you’ve digital copies of movies and shows, you can use the Plex server to stream across devices. The best alternative to Plex is Kodi.

Tip: Never use the same password on different platforms!

FREE VPN! What did I say? Yes, free VPN for Android and iOS. You can download Cloudflare’s free VPN service to get free Virtual Private Network on these phones. Cloudflare is also working on a Chrome and Windows version, will write a detailed guide on that soon.

I use Xiaomi Mi Band 4. It helps me in a lot of ways. After getting used to wearables, you can’t imagine a day without them. Mi Fit lets you track everything that your Mi Band 4 tracks and saves. You can read more Mi Band 4 tips and tricks here.

I use the Facebook pages manager to manage my pages. Post content, check stats, and analytics. If you use it on the web, then you probably don’t need this app.

On iOS, I use both Google Keep and default iOS Notes app along with Google Keep. It helps in bringing my thoughts and ideas in one place. It also works as an alternative to Microsoft To Do, but I like both. So, you can have Google Keep, and it works as notes taking and to-do app.

Twitter is one of its kind. It’s witty, enjoyable, and fun. I use it often, so it’s lying on my list of must-have apps. Find me @abdugeek if you’re a geek and a twitter user.

Messenger is a must-have for those who want to keep some people out of their WhatsApp system and want to chat with their Facebook only friends. You can do everything that you do on WhatsApp on Messenger. After Messenger’s launch on Windows, Messenger is now available on almost all platforms.

Some apps are only available for Android. So, on my Android phone, I have these extra apps installed other than the ones mentioned earlier. These apps are exclusive to Android.

If you’re a fan of stock Android OS like me, you might already know about Nova launcher. But if you’re not, then let’s talk. I am a huge fan of Stock Android experience on smartphones, and If I’m not using my Google Pixel, then my secondary phone will have Nova launcher installed. This app is one of the best on Google Play and is only for my Android smartphones. The launcher is simple and quick without fancy animations, and that’s what makes it unique. You can use third-party icon packs and more to make it look like your favorite theme.

Flynx web reader is another useful app that lets you read web articles without jumping to your web browser. It is a time saver and allows you to read quickly in a bubble browser. If you’re an Android user, you will like this app. The app also saves links and keeps it in your account. Get it for Android on Google Play.

The stock Android messaging app by Google is perfect for me. You can use it on the web, turn on Smart replies, and share stickers. So, the first thing to do on an Android phone is to install Android Messages if the app isn’t already installed.

You know how it is, few people love doing it, don’t they? Removing messages on WhatsApp should be a crime unless they were sent accidentally. Guess we will never know. But there’s a way to read deleted WhatsApp messages on Android. iOS users don’t have this feature. But wait for a second, don’t just jump into using an app.

The app doesn’t bring back the deleted messages from the phone. It just reads your WhatsApp messages from notification, and whenever the person deletes a message, they show it to you right away. It might seem cool, but it’s a privacy concern for those who’re concerned about the privacy of their text messages.

Also read: How to send WhatsApp message without saving the number

On my Android smartphone, if I want to change the feel of the launcher, I often go with a third-party icon pack. Pixel Icon pack is one of my favorite ones. It mimics stock Android icons and brings minimal feel to a non-stock Android phone.

So, these were the apps that I use almost daily on my phones. Most of them are must-have for everyone, or at least for me. You might have seen more Google apps than other developers, and it’s because Google has the best apps than any other app maker. They just work and are super useful. You can install these apps on your phone without any hesitation, and they’ll do the job.