by Muhammad Abdullah
in History, Top
0 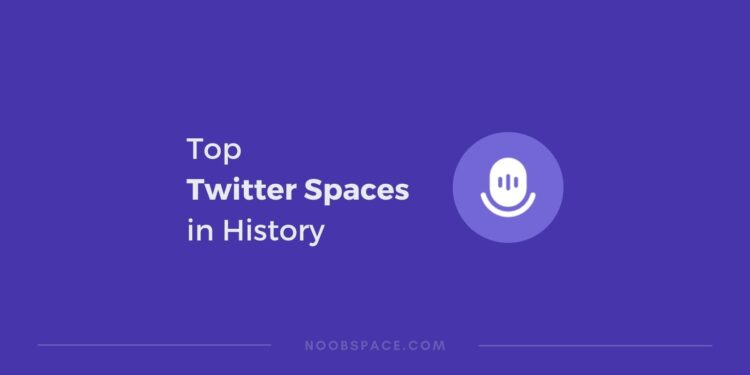 Twitter Spaces are a great way of hanging out online, but only this means, social media followers and friends. As the podcast industry grows, Twitter Spaces has now become popular among netizens. Bloggers, influencers, and celebs are often seen on Twitter hosting Spaces on topics, often topics like politics, entertainment, music, philosophy, and sometimes, the meaning of life. We’ve compiled a few of them and will keep them up to date. As of now, these were the top biggest Twitter spaces till 2022. There have been many significant Twitter Spaces till now, however, we could only find these 4 as the biggest Twitter Spaces in history till 2022.

Here are some of top biggest Twitter Spaces in History 2022:

Previously, the world record for the biggest Twitter Space belonged to Pakistan’s former Prime Minister, Imran Khan’s Twitter Space and before him, K-POP, the Korean Music band was in the top spot. However, the new record belongs to Robin Wheeler, who hosted a Twitter Space for a Q&A after Elon Musk’s $44 Billion Twitter takeover. The Space features Elon Musk as a speaker, who is the second most followed person on Twitter, right behind Barack Obama.

What could be a better way to share your thoughts than Twitter Space, and that too after buying it for $44 Billion? Twitter policies continue to change as Elon Musk takes over, the new features like Twitter Blue needed more clarity, including how advertising will be working on Twitter in the future. He also shared his views and insights on what’s coming. You can listen to Robin Wheeler’s Space here.

If we missed any Space that’s worth mentioning, feel free to drop it in the comments. We’ll update this article accordingly.

I'm a computer scientist, technology geek, and a movie enthusiast. A serial digital entrepreneur, aka abdugeek — founder of GameBird Media and co(s).