by Abeeha Iqbal
in Gaming News
0 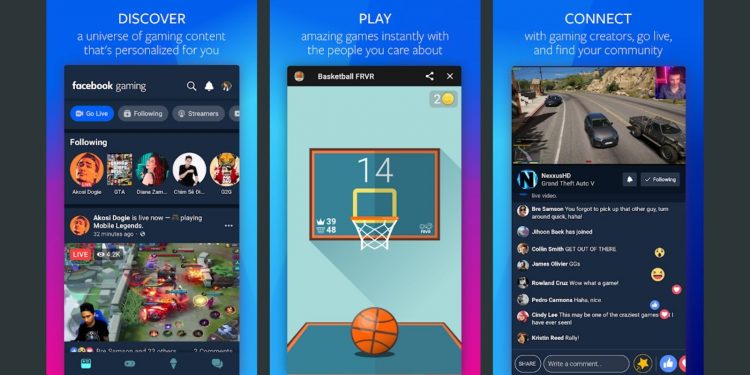 After an exclusive announcement on The New York Times, Facebook finally launches a dedicated gaming app for Android on Google Play. The new app is named ‘Facebook Gaming: Watch, Play, and Connect,’ which shows it’s purpose. When you download the app, it takes you to a greeting screen showing you a way to the profile. There, you can change your preferred language, start following your favorite games, and streamers.

You can host streams, watch streams, and go live from the app. The camera icon on the lower right corner of the application will let you live stream on the platform. Before that, you’ve to give permissions to overlay over other apps. Facebook’s dedicated gaming app also comes with built-in chat, which allows you to chat with the streamer. You can also buy and give stars to your favorite streamer.

This can prove an excellent timing for Facebook’s gaming app as the current situation has pushed many people into playing games while in quarantine at their homes. You can play games, watch them with your friends or stream your gameplay on Facebook with just one click. However, the monetization is not available for now.

YouTube has also experimented with a gaming app but ended up shutting it down last year. Twitch remains the leader in game streaming, but now Facebook has entered the industry with a dedicated app for Android.

The iOS version of the app is not available for now. An internal report says that Facebook has submitted the app and is awaiting Apple’s approval to get live on the App Store. The gaming industry is booming, and people are playing games more than ever due to the COVID-19 situation.

Google Stadia gets 4K streaming support on the web