by Muhammad Abdullah
in AI News
0 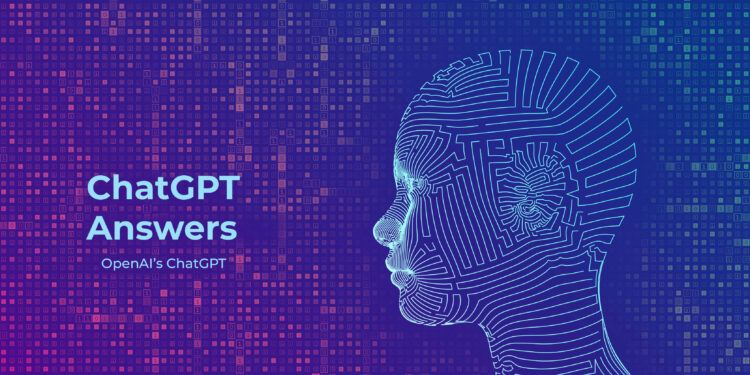 Artificial Intelligence has always been an interest for mankind. As we move forward, companies like OpenAI have been working on advancing in the field. Nowadays, OpenAI’s ChatGPT is making headlines and has been trending on social media with mind-boggling responses. You may have heard about it. The Chatbot has crossed 1 million users within just 5 days after GPT-3 was released. People are using it for generating codes, some are asking weird questions, some are generating email responses and copies, while SEOs are looking for ways to generate SEO friendly content. I asked many questions while exploring the new ChatGPT and one of the questions was,” Would AI go against the world?” Here’s how OpenAI’s ChatGPT answers.

AI Fact: Did you know Elon Musk (second most followed person on Twitter) is one of the founders of OpenAI?

Question: Would you go against the world?

Question: Would AI go against the world?

This response was interesting and seemed much more well-versed. The interesting part was ChatGPT mentioning not having emotions by an AI, so I went further and asked if it feels emotions or has personal beliefs, here’s how it responded:

Question: Do you feel emotions or have personal beliefs?

Nothing surprising but it admits that an AI bot doesn’t have emotions or even any beliefs, including religious ones.

The next question was if I should fear ChatGPT. Here’s how well the bot handled this question:

Question: Should I fear you?

There’s a talk in town that AI will replace writers, and not just one kind, script writers, content writers, copywriters, and many other jobs are in danger. I was curious and wanted to see how the bot responds, so I asked ChatGPT if the bot itself is a threat to human jobs, and here’s how it responded.

Question: Is ChatGPT a threat to human jobs?

In this response, ChatGPT mentions the “potential impacts of AI on the workforce.” While it’s somewhat true but out of curiosity, I asked if the AI bot was threatening human jobs and it apologized right away. Here’s how it went:

Since the bot seems to be in favor of humans with every response and maybe there’s some likeness (which goes against his previous answer on emotions and feelings), so I asked if the bot likes humans and the answer was not really, here’s how it went:

ChatGPT is currently not connected to the internet, hence it’s unable to answer some queries that require an internet connection for the information. So, if you search yourself as I did, it will respond with nothing but an explanation that why it doesn’t show some results. I asked “Who is abdugeek” and similar questions that search engines usually bring answers to, and the bot responded that it isn’t connected to the internet and doesn’t know what it means.

However, if you search for someone famous, it’ll respond in a para or two to explain who that person is. Here’s what it shared when I asked about Steve Jobs, and it responded with a paragraph about Steve Jobs. This doesn’t mean

By not connecting to the internet, OpenAI is taking precautionary measures to avoid ChatGPT becoming a hateful bot since Microsoft’s Tay Twitter bot didn’t go well back in 2016 and became a racist asshole in less than a day on Twitter.

With ChatGPT answers to particular prompts, Jarvis seems like a reality now, and it’ll happen sooner than one can imagine. However, some still disagree and have something to say about it. ChatGPT is still in beta and is marked as a “Free Research Preview” by OpenAI. If GPT-3 is that powerful, imagine what could GPT-4 unlock for humans. You can try OpenAI’s ChatGPT here till it’s available in Free Research Preview.

You can learn more about ChatGPT’s history here. If you find it interesting, follow me on Twitter @abdugeek where I’m sharing more interesting prompts and questions.