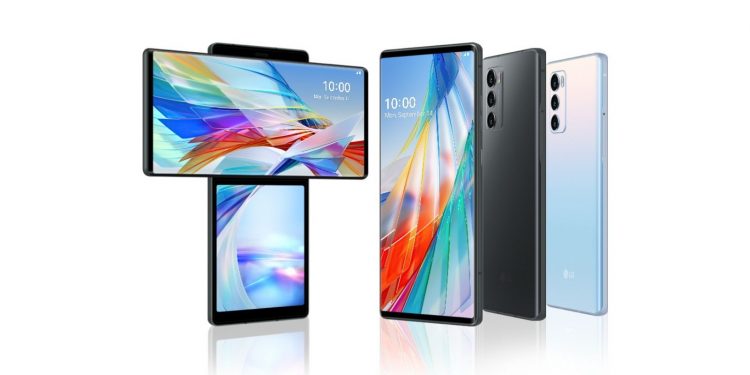 You won’t be wrong if you say that LG is the king of introducing weird phones to the world. The company has introduced a new phone that swivels and comes with a gimbal mode to easily record videos and take photos without getting distracted by controls. The new LG WING has a swiveling dual screen, which becomes a landscape for a seamless experience while watching movies and shooting videos. Let’s take a look at the LG WING’s key specs.

The phone supports 5G, thanks to the Snapdragon 765G and Qualcomm X52 modem. Along with a Snapdragon processor, LG WING has 8GB of RAM and 256GB storage. Not just this, the smartphone is capable of increasing storage using 2TB of memory via a microSD slot.

LG WING has dual screens, and the larger display swivels and becomes landscape to give a broader view for watching, recording videos, and other features with a seamless experience. The large display is of 6.8-inches with Full HD resolution. The smaller screen that also serves as a virtual keyboard and control panel is of 3.9-inches G-OLED panel. Both screens have different applications and work great together, minus the weird swiveling part.

LG phones have average cameras but with higher resolutions and gimmicky features. The WING has a triple camera sensor on the back and also comes with a pop-up 32MP camera. The rear cameras include a 64MP ultra-high-resolution sensor and a 13MP ultra-wide and 12MP ultra-wide big pixel sensor.

LG WING has a massive 4,000mAh battery, which gives you more on-screen time. It also comes with fast charging, so that’s a plus point. The smartphone runs Android 10 along with LG’s customized skin. Gimbal mode is one of the exciting things about this smartphone, which allows the landscape display to behave as a viewpoint and the second display as a gimbal controller. LG WING will be available in two beautiful colors of Aurora Gray and Illusion Sky. The release date hasn’t been announced yet.