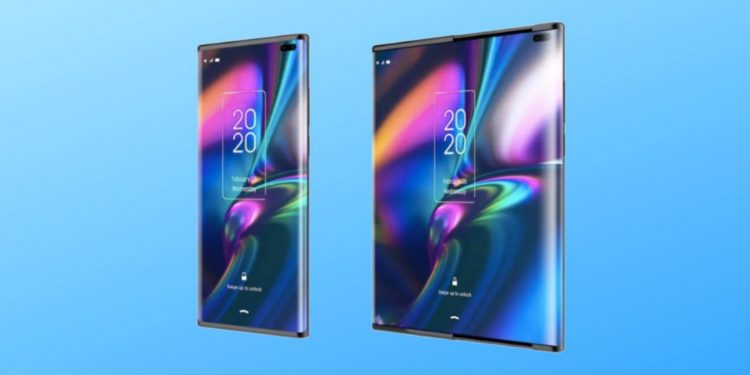 MWC has always been a show where companies used to announce their latest advancement in tech, especially smartphones. Samsung, TCL, LG, Motorola, HTC, and others are known as leading MWC with their announcements, hands-on sessions, and booths.

This year, MWC 2020 has been canceled by GSMA due to Coronavirus concerns. The event will no longer be held in Barcelona, and hence the companies who were participating in the annual event had to postpone their products and phone launches. However, companies will be announcing their products in their way. TCL’s new ‘expandable’ display just got leaked, yes, you read that right, expandable.

It is quite common to see foldable smartphones nowadays, Royole FlexPai, Samsung’s Galaxy Fold, Huawei Mate X, Motorola RAZR, and recently released Galaxy Z Flip. They all have their own way of using foldable display tech. TCL has a prototype that uses this tech in a unique way by expanding the display in full form tablet. Take a look at the leaked image:

The new phone was expected to release at MWC 2020, but the event has been canceled, and TCL will reportedly announce the phone itself. The smartphone doesn’t have a folding mechanism like Galaxy Z Flip or Galaxy Fold; however, it expands using a unique mechanism. More details will be shared once the company officially announces the smartphone.