by Geek Desk
in Wearables News
0 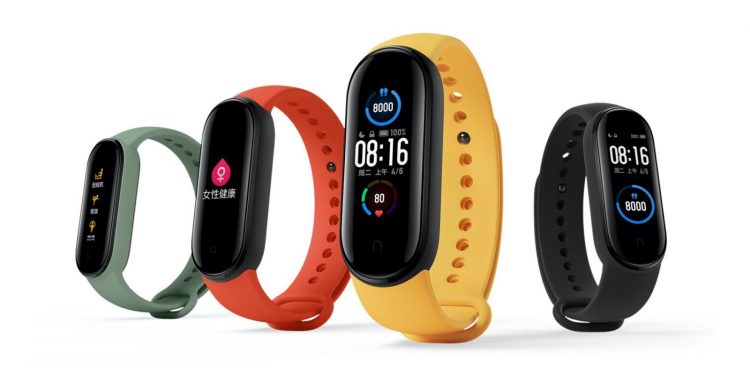 Xiaomi has announced it’s latest wearable fitness device, the Mi Band 5. The new Mi Band 5 has improved heart rate monitor and a larger display than the predecessor Mi Band 4. For the first time, the fitness band will be able to track women’s health and can be charged with magnetic charging.

Mi Band 5 has a larger 20% screen of 1.1 inches with color AMOLED display technology. The band still has custom band faces to make it all yours, and now it has support for animated band faces. With REM sleep monitoring and deep/light sleep monitoring, Mi Band 5 can monitor sleep much better than ever. The heart rate sensor is also improved by 50% accuracy. The remote shutter feature can let you take photos from a distance through your phone. It also has an inbuilt barometer and voice support with a faster processor.

The new magnetic charging fixes the charging problem that remained till the last Mi Band 4. With magnetic charging support, it is much easier to start charging your Mi Band 5 with just a snap. Just like before, Mi Band 5 comes in two versions, a regular version, and an NFC variant. The regular version with no NFC costs $27, which the NFC version costs $32. Mi Band 5 is currently available in China, but according to Xiaomi, it will be available soon globally.