by Areej Fatima
in Games
0 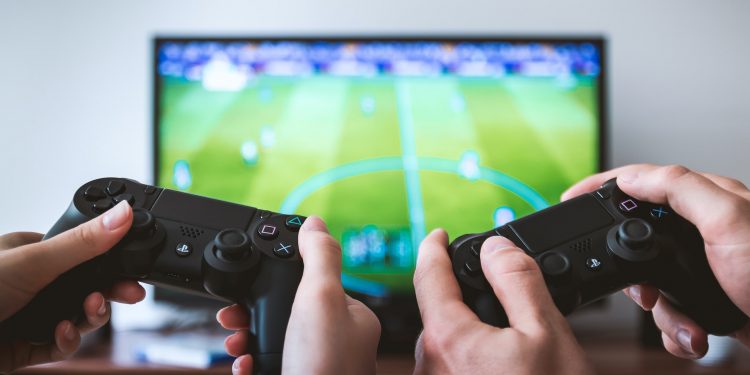 If the first Monument Valley game was your favorite, the second one would also win your heart. Monument Valley 2 is a beautiful puzzle game. It contains a total of 14 levels to overcome along with 19 total chapters in Monument Valley, including the main story.

Monument Valley 2 is a beautiful puzzle game. It’s satisfying to work out how you’ll click its staircase, blocks, and bridges into exactly the right place. Each level is planned to play tricks on your brain, on top of the barriers. Every stage is a work of art, and the curved spires of its other-worldly towers are set against an ever-changing color palette.

My advice is to examine each level carefully from different angles by rotating your phone. This will allow you to see all the secret paths.

You can download Monument Valley 2 on Android and iOS.

LIMBO is the story of a nameless boy who awakens on the “edge of hell” in a forest. LIMBO encounters a giant spider there, who tries to kill him. LIMBO is a wonderful puzzle platform from Playdead. The game was released in July 2010.

Limbo is typical of most two-dimensional platform games. This game has black and white tones and is an example of video games in the art form. This is an awesome game. In limbo, you play a dead boy who’s trying to make his way through this world.

You can only do a couple of things. You can jump, grab, climb, and swing. Wait. I feel like I’m leaving something out. Oh yeah, you can die.

You can download the LIMBO demo on Android here and the full version here. Get LIMBO on iOS here.

The whole purpose of the game is to build and explore. That’s it. You can play by yourself, or you can play online with others. There is no free Minecraft on your mobile device right now.

Plants Vs. Zombies is endless fun. The first part of this game was amazing, but now the second part is also addictive. This game is all about fun and fights with zombies while protecting your plants. You’ve to take control of the plants in the yard and fight with the zombies coming from graves. The game is available on both iOS and Android.

We contain the army of powerful plants, supercharge them with plant food, and discover amazing ways to protect your brain. The player uses plants that can fire projectiles at, give “sun” to purchase other plants to help or block the advancing zombies. It is an adventure game.

It is published by PopCap Games and Electronic Arts. You can play five modes: Adventure, Mini-games, Puzzle, Survival, plus the stress-free Zen garden. This game is insanely addictive. Simple and easy to get into and provides a natural difficulty curve that satisfies players of a variety of skill levels.

PlayersUnknown’s Battlegrounds is an online multiplayer battle royale game developed by Tencent Games. The last standing player or team wins. Some countries have banned the game for allegedly being harmful and addictive to young players. PUBG is one of the most-played and best-selling video games of all time. PUBG can be downloaded from Google Play Store and Apple’s App Store. You can also download a Lite version for your Android phone.

PUBG is a player vs player shooting game in which up to one hundred players fight in a battle royal. If u play this game once you have become addicted to it, this game is all about fun adventure, and fight.

You can make friends in this game. The man who is alive until the end of the game is the winner. And the most important part, “WINNER WINNER CHICKEN DINNER.” The player you or your companion killed players can be looted to acquire their gear as well. The idea of the game is very simple to understand, which makes it easier to play all the time.

Fortnite is an online video game developed by Epic Games and was released back in 2017. This is such an amazing game that I ever played. The game has a trend to purchase gear upgrades and outfits for your selected game avatar.

This game is all about adventure and battle. You can make new friends in this game. The game quickly rose in popularity when it was released. The player can build structures as defense or buildings. It also revolves around players defeating their opponents to be the last one standing.

When you got the idea of how to play this game, it was easier to play all the time. This game is so adventurous. You have to try it. Fortnite is available on iOS and Android. Now, you can also download Fortnite directly from the Google Play Store instead of downloading from their website.

Call of Duty is a first-person shooter video game. It was released on October 29, 2003. This game is so amazing. This game is highly rated. This game is one of the most played games ever. In this game, up to one hundred players fight in a battle.

The game is set during World War II and is experienced through the perspectives of soldiers in the Red Army, British Army, and the United States Army.

This game is all about fight, fun, and adventure. Now this game is upgraded recently, and it has so many new weapons in it. Call of Duty is available on Android and iOS.

A writer, an artist, plays with words and loves tech gadgets.