Foldable devices are getting crazier each day, from Royole FlexPai to Galaxy Z Flip; there’s a different version of the foldable phone we see every year now. This year, we saw Galaxy Z Flip, and then TCL’s expandable display smartphone got leaked after MWC 2020 cancelation. The phone was first scheduled to be revealed at MWC 2020.

The company announced two new phones, but they’re still prototypes, the concept of what a real phone would look like when finished. A trifold device with a 6.65-inches display when unfolded becomes a full-size 10-inch tablet. The other which I was personally excited about what the expandable phone is a disappointment (for now?) since it doesn’t actually work, but rather a dummy unit with paper screen).

At CES, TCL brought their trifold smartphone as a non-functional prototype, and now, it’s a working prototype with an early Android version. This foldable device embodies a full-sized tablet, even bigger than the 9.7-inch iPad. It turns into a giant 10-inch screen with three folds. The other one, which expands, is still a non-functional prototype or just a concept. Let’s take a look at these phones: 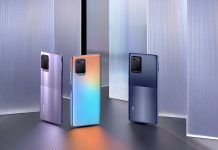 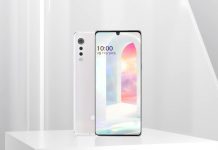 How to make your Android phone look like an iPhone