Sony WH-1000XM4, these headphones are those, and you couldn’t tell just by looking at them because they look almost identical to the Mark threes from the last generation. But that’s totally fine because no one really had any significant complaints with the Mark threes, at least I didn’t. I crowned them my active noise cancellation kings, but now here they are, these are the Mark fours.

They are the same price $349, and Sony smartly took the “If it ain’t broke, don’t fix it” approach and basically just addressed all the small little requests that people like me had with the last generation. It’s like they lined up all their little nitpicks and knocked them all down, so okay, what was left to improve? Well number one, my biggest request was multiple device support, and it took them two years, but they finally did it, and they’ve added multiple device support to the Mark 4.

You’re listening to music on one thing you get a phone call on the other, and it just seamlessly automatically switches, then you hang up and go back to music, and it switches back. It’s just so much better of an experience than going into Bluetooth settings, unpairing then repairing manually every time. So that’s number one, and it’s actually been improving over time.

When I first got these headphones, it didn’t really work very well at all. But they’ve been getting software updates, and through the Sony app, they’ve gotten better, so it’s fixed itself up over time, and we’ll probably continue to get updates and hopefully keep getting better in the future.

So the Mark 4 is again sound incredible, super clean and bright and full with all the same noise cancellation controls in the Sony app like before all your EQ settings. But now the noise cancellation cancels out slightly more of some higher frequencies too, so it’s always been amazing with low-frequency homes, stuff like airplanes and trains and rumbles that you’ve already known. With things like dishwashers and cars and even people’s voices, it cancels more of those out too.

Now I can’t necessarily tell the difference immediately between the threes and the fours as far as noise cancellation, it’s not like a reason to buy the force, but I did notice that typing on my mechanical keyboard, which has brown switches, the clacking was generally canceled out really well and the bottom line here is you’re not going to find a better pair of noise cancelation headphones just as far as pure isolation and sound quality. So if there’s a better one out there, I haven’t found it yet. It’s like being in another dimension sometimes.

There’s also technically some very slight physical adjustments to the dimensions too. The cushions are ten larger, so that’s technically an improvement. Also, if you look inside the left ear cup, you’ll see a proximity sensor, and that’s for the wear detection feature that I’ll get to in a second. Actually, believe it or not, this helps me find which was the left and right ear cup a little faster. The one that really matters is the new mics.  The Mark 4 now has a better mic pattern with five microphones for better call quality and better voice recognition. So I’ve never really thought the microphone quality of wireless headphones was that amazing, to begin with like as long as they work, you can hear my voice that’s fine. But these actually have five microphones built into that, which is an improvement and so apparently they can cancel out background noise is better, you can hear my voice a little bit more isolated.

If you fire up the Sony app, there are again some nice convenient features in here enabled by the sensors and mics on the headphones. You may never use these, or you may be like me and use some of them some of the time. But I’ll go in order of coolest to most gimmicky here, so wear detection is unique to the mark fours, thanks to the added sensor in the left ear cup. With that in the Sony headphones app, you can tell it to pause music when you take the headphones off and turn the headphones off after they’ve been off of your head for a while to save battery, which is smart. You can also now, while the music is playing, put your hand over the right ear cup, and it will drop the music way down, turn noise cancellation off pass-through, and amplify voices.

In theory, if you want to talk to someone while keeping the headphones on, you don’t want to have to do the whole on-off thing. You can just pull one of these, and you’re talking to someone. I think that’s maybe useful sometimes on public transit or on an airplane if we ever get to do that again if you just want to talk to someone real quick, but as soon as you take your hand off, the music comes right back, and the noise cancellation is back on, and you’re right where you left off. That’s all right, and it’s fast.

I think that makes a big difference in actually using the feature. If I put my hand there and you have to wait for a second for it to kick in, that would be kind of disappointing as soon as I put my hand there, boom I’m listening to people. But then maybe the most gimmicky feature is the speak to chat function, which basically will use the mics and I guess other sensors in the headphone to be able to tell when I start speaking and when I do start speaking, it will pause my music turn off noise cancellation and amplify voices.

So I’m wearing headphones, listening to music, I start talking, it pauses the music, and now I’m having a conversation through the headphones. I guess that’s fine; it works, it was surprisingly effective at not accidentally doing it when I wasn’t talking, but you know if someone walks up to me and starts talking, I go what and then the music pauses and then I’m talking to them now the music is paused. Now I have to play it again or go back into the settings to turn the noise cancellation back on, and you can tell it in the settings to turn that automatically off after 15 seconds, 30 seconds, or 60 seconds, but generally, this wasn’t a feature I found myself wanting to use very much so you can turn it on, but I turned it off overall though. 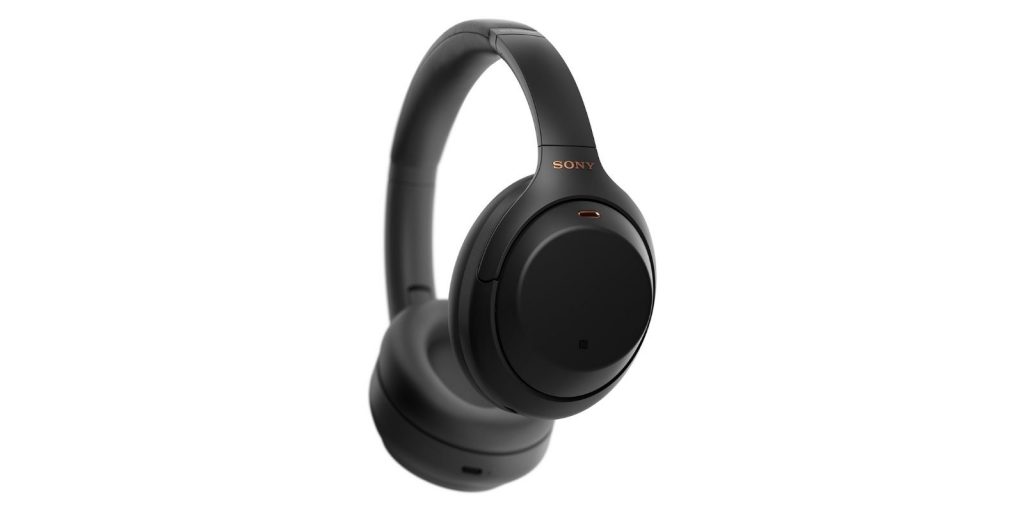 These are basically my ideal headphones, you know I think the design could be cooler if it had dials on the side like the surface headphones or maybe some more cool colors like a Matte Red or something like that, but generally, this same Matte Black, understated design is totally fine with me. The same touchpad on the side that’s cool, the same Google Assistant or Amazon Alexa trigger from the custom button on the bottom, it’s fine. The same case they came with is also fine. I have a designated place in my backpack for them, and there’s just really nothing fundamentally wrong with these headphones at all, and I very much appreciate that about them.

“Best Gets Even Better”

It’s pretty clear these are great, and they’re easy to recommend, but a nice bonus of these existing now is that the Mark threes I’ve seen on sale as low as about 250 bucks, so I’ll leave a link to those as well they again won’t have multi-point support so if you don’t need two paired things at once this could be a nice discount I’ll have that link below, but again Mark 4 is pretty sick so thank you Sony for making this such an easy review. You can buy Sony’s Mark 4 headphones here.

Creating your own cameos on Snapchat

How to hide meet in Gmail

How to Add Multiple Photos on Your Instagram Story