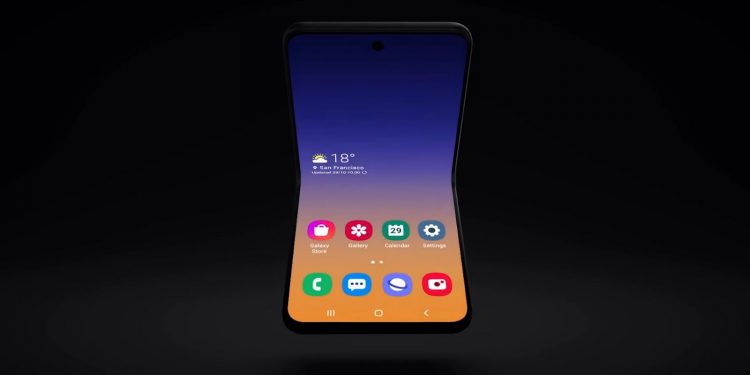 Samsung teases a new phone which folds inside at Samsung Developers Conference 2019. The company showed a concept foldable flip phone, which looks more like a clamshell in a video for the all-new One UI 2.

Attendees of #SDC19 got a sneak peek at a brand new form factor Samsung is exploring for the foldable category of devices. #SamsungEvent pic.twitter.com/rGtpvNj0SJ

Galaxy Fold has been through several changes in the last year, and it seems like Samsung is convinced that these phones will turn out well even after pulling back Galaxy Fold smartphones after their screen got dead. Recently, Galaxy Fold didn’t survive Samsung’s claimed number of folds that it can bear in a brutal test.

“This brand new form factor that we’re now exploring will not only easily fit into your pocket, but it will also change the way you use your phone, even when you take photos and videos.”

The new phone can be seen in the Samsung One UI 2 introduction video. It shows a phone that folds inside. Samsung might be planning to bring new approaches to foldable phones. Samsung is bringing support for different forms of foldable phones with the latest One UI 2. Since Android 10 also supports foldable displays, it seems like this will be the future of phones.