by Geek Desk
in Smartphones
2 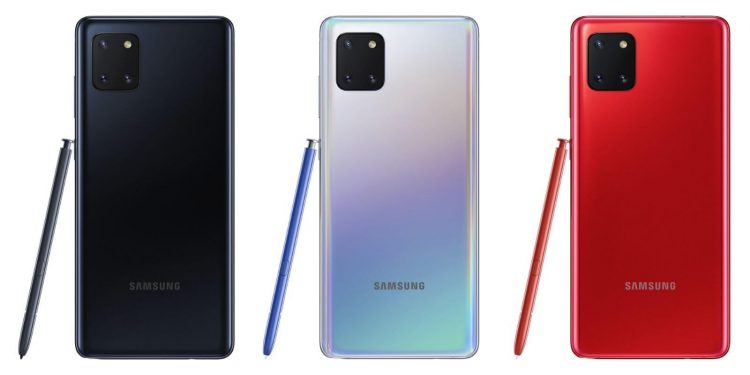 CES 2020 is starting from the 7th of January and will end on the 10th of January. The Consumer Electronics Show will come with great surprises, announcements, and the latest consumer tech. All companies present their creations, inventions at the show on their booth. Samsung, however, announced the new lite models of its Galaxy S10 and Note10 series ahead of CES 2020, and the phones will be displayed at Samsung booth.

The phones are packed with few premium features from the flagship models. From large battery to a stunning display, these phones might have some of the best features from their flagship parents, but they’re still low-end smartphones with high-end names. On the back of the phone, there are triple rear camera sensors and one selfie camera on the front with the hole-punch display, also known as Infinity-O display.

Both phones have a similar battery size of 4,500mAh, which means we can expect excellent battery performance. The phone runs Samsung’s One UI on top of Android 10. It comes with 6GB and 8GB variants with 128GB internal storage.

The prices of both phones and the release date is still yet to be announced; however, the smartphones will make an appearance on Samsung booth at CES 2020.

Follow our CES 2020 coverage for the latest updates from the world of technology.