by Hamza Razaq
in Wearables News
0 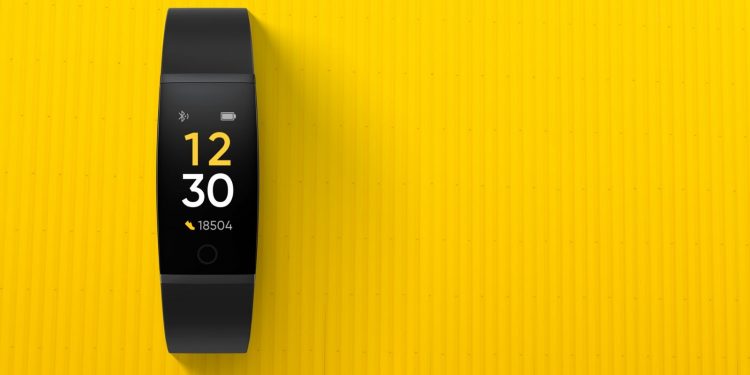 From low-cost smartphones to low-cost wearables, Realme has come a long way. If you’re aware of Mi Band 4, then you know that Xiaomi has been a leader in selling high-quality fitness bands at a low price. Realme also announced Realme 6 and Realme 6 Pro along with the fitness band.

Now, Realme has announced a fitness band named “Realme Band” with a 160×80 screen and a virtual touch button at the bottom just like Xiaomi Mi Band 4. The screen wakes up when you lift your wrist. There’s an app with different controls; it can also be used to swap face styles of the Realme Band. Realme says that the band supports notifications from almost all apps.

Other features that the band offers are fitness tracking, heart rate monitoring, reminders, sleep tracking, and more. It is also waterproof with an IP68 rating and comes with nine sports modes. One of the signature features that this band has for the Indian market is the cricket tracking. Since cricket is India’s most favorite sport, and also in most middle eastern countries, this feature can help this band in sales.

Speaking of style, the band comes in three attractive colors, yellow, black, and green. Realme Band costs almost $20 and is available in India through the Realme website. You can also order it from Amazon India on March 9th.