by Surayya Jabin
in Smartphones
1 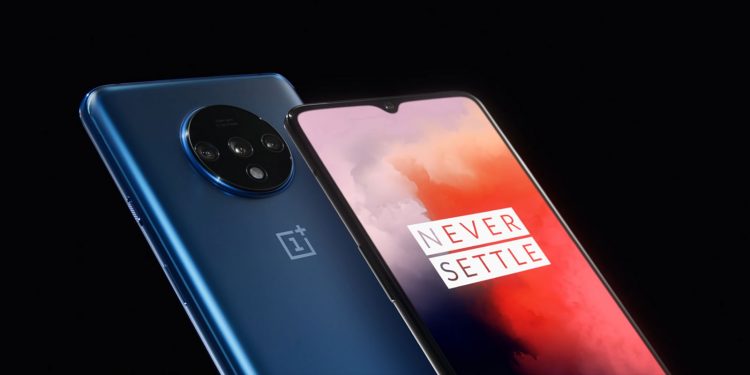 OnePlus announces OnePlus 7T, a mid-ranger for those who want a flagship killer under $600. The new smartphone costs $599. With OnePlus 7 and OnePlus 7 Pro as the flagships, OnePlus 7T is a mid-range version with slightly less impressive specs but without any compromise on performance. The new smartphones come with Snapdragon 855+ and 8GB of RAM. It also has 128GB UFS 3.0 fast internal storage.

OnePlus 7T has a 6.55-inch AMOLED display with a teardrop notch which is quite ignorable once you get used to it. One of the exciting things about this smartphone is its display; it has a 90Hz refresh rate display which makes it the cheapest phone with a high-refresh-rate screen.

Talking about the battery, the new OnePlus 7T comes with Warp Charge 30T and a battery of 3800mAh. The fast charging only supported with wired cable since the phone doesn’t have wireless charging.

For security, OnePlus has a face unlock feature which unlocks the device pretty fast; also, it has an under-display fingerprint scanner that was introduced with OnePlus 7 and OnePlus 7 Pro.

Also read: Motorola One Action: $195 phone with a GoPro like action cam

Speaking of the camera, OnePlus 7T comes with triple camera sensor as it is trending among smartphones. The new phone has a primary sensor of 48MP along with a 12MP telephoto lens and a 16Mp ultra-wide lens. The selfie camera is of 16MP resolution.

OnePlus 7T has the latest version of OxygenOS running on top of Android 10. The new smartphone will be available in the US starting October 18th at just $599.