by Muhammad Abdullah
in Smartphones
3 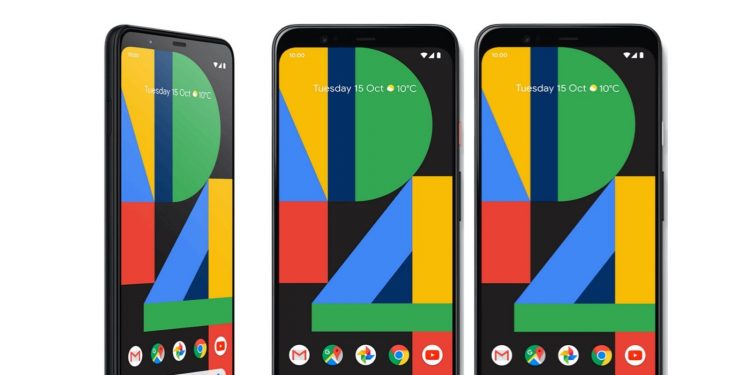 Pixel phones have always been known for their photography since the first generation Pixel. The phone has been crowned for photography consistently for years, and now Google has finally revealed the 4th-gen Pixel phones. The new Pixel 4 has been unveiled with the expected specs that were leaked previously. It is known as the most leaked phone ever on the internet.

The new phones were announced at Google’s MadeByGoogle Event. The company also announced other hardware related products since it was a hardware event. The new Pixel phones are not only strong in just the camera department but also have upgraded in display, features, and security.

Here’s everything you need to know about Pixel 4 and Pixel 4 XL.

The new Pixels are no longer just ‘camera phones.’ Google’s hardware team designed the new Pixel with an aluminum grill on one side and glass on front and back. Front and back glass is Gorilla Glass 5, which makes it stronger. There’s a new dual-camera setup which we will talk about later. The camera bump looks like iPhone 11 Pro, but instead of adding three sensors, Google is adding two sensors; for now, one is a regular main camera, and the other one is a telephoto lens.

Speaking of the display, the Pixel 4 has a 5.7″ FHD+ display with 444ppi and Pixel 4 XL comes with a 6.3″ QHD+ display with a pixel density of 537ppi. What’s special about these displays is that they’re 90Hz high-refresh-rate displays.

The new radar sensor on top chin brings a new feature named ‘Motion Sense,’ which lets you control your phone without touching it. It’s from Google’s Project Soli, which uses radar to control devices. It is the first public device to have this tech and will be available in select countries since there were licensing issues in India and Japan release is also on hold.

The cameras in Pixel 4 are a big question mark to Google’s confidence about their single-camera setup. Last year, Google’s vice president of product management said to Wired that “We found it (secondary camera) was unnecessary,” claiming that their ML technology can make up to it without using a dual-camera setup. Now, they’re adding a telephoto lens, other than the main sensor in Pixel 4 and Pixel 4 XL.

The cameras bring new exciting features like enhanced Night Sight mode, Astrophotography mode, which lets you capture stunning photos of Milky Way and stars. Videos are still not as good as in the iPhones, and it can capture 4K at 30fps only.

Talking about the performance of Pixel 4, it doesn’t disappoint very much since it comes loaded with stock Android which is the smoothest android OS version you can get on any phone. However, there’s one thing that can bother people, and that’s Snapdragon 855 processor. Since other smartphone manufacturers are adding Snapdragon 855+ in their smartphone, Google has decided to put SD 855 in their latest flagship phone.

Pixel 4 has 6GB RAM and comes in 64GB and 128Gb variants. It doesn’t come with the ‘Free original size photo storage’ option on Google Photos. The photos will be compressed in high-quality, just like every other smartphone owner will have. Google introduced unlimited free original size photo storage on Google Photos with the first-generation Pixel. With Pixel 2, they limited it, and now with Pixel 4, everyone will get compressed photos storage option, or you can pay to buy storage in Google Drive and store your photos in the original size.

The battery life of the new Pixels is questionable because they come with a high-refresh-rate display. With 90Hz display, battery consumption gets more and more. It seems like 2,800mAh battery in Pixel 4 and 3,700mAh battery on Pixel 4 XL isn’t enough, but we should leave that for the full review.