by Surayya Jabin
in Wearables News
0 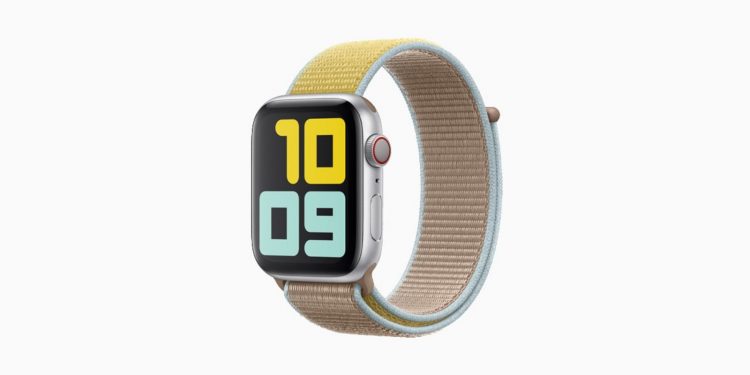 The Apple fall event took place on 10th September, 2019 where Apple announced the release of its new Apple Watch Series 5. Here is everything you need to know about Apple Watch series 5.

The pre-order date of the new Apple Watch is 10th September 2019 and it will be available on 20th September, 2019. The price of the watch starts from $399 with GPS only and $499 with GPS + Cellular. Series 5 will have the new Nike and Hermes model along with new casings made up of titanium and ceramic with aluminum and stainless steel strap options.

The Always on Display of Apple Watch Series 5 becomes brighter as you raise your wrist and dim as you put your wrist down. This means you do not have to tap on the display to see the watch. The faces of watch have been optimized but Apple says that the battery life of the watch will not get affected. The watch offers all-day 18-hour battery life. The watch moreover has an efficient power management integrated circuit and new light sensor.

“We’ve seen Apple Watch have a meaningful impact on our customers’ lives and we’re excited to deliver even more capabilities with Apple Watch Series 5 and watchOS 6. The seamless integration of new hardware and software delivers an enhanced experience that makes it even easier to stay active and connected to the people and information users care about.”

Apple Watch Series 5 has also updated its location features by adding greater navigation tools. The new built-in compass and up to date maps allow users to see which way they are facing. The added personal safety feature if emergency calling is also one of the new features of the watch. Regardless of where the device was actually purchased or if the cellular plan has been activated, users can make emergency international calls.